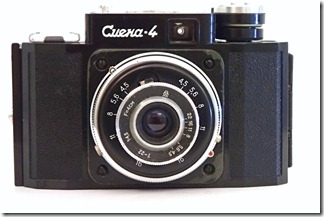 Today we will return briefly to the late 50s again. This is a time of intensive development for the Soviet photographic industry.

In 1958, GOMZ decided to upgrade its Smena-2 scale camera. Smena-2 was popular and the desire to improve it is understandable. From the Russian language, the translation of the word “Smena” is the closest in meaning to the concept of “the next generation”.

No radical changes were planned, but how much does a scale camera need? The improvements that were supposed to make the new model perhaps the most functional device among the entire family.

The new device was assigned the number 4.

What exactly did Smena-4 get?

First, it has a real shutter button. Let me remind you that the camera Smena-2 on the superstructure in the central part of the hull also has a button, but this is not a release button. The shutter release at Smena-2 is carried out by a lever at the base of the lens. And the button only separately unlocks the broaching mechanism for 1 frame.

At Smena-4, the button began to release the shutter and unlock the broach. Of course, this is much more convenient and later became the norm. 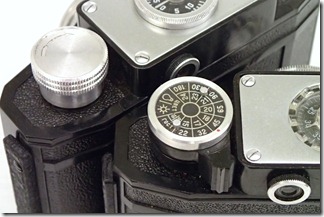 Secondly, Smena-4 received a film feed using a lever. True, the shutter cocking was still a separate operation, but all the same, pulling the film with a lever is much more convenient than with a simple head.
Let’s add here that Smena-4 inherited both wired sync contact and self-timer from the second model, and we get a device that, although it looks frankly old-fashioned now, is objectively very functional.

For comparison, the super-massive Smena-8M, which was in full production in the 90s, lost in the functionality of the 4th model by the absence of a self-timer and a less convenient broach. And Smena-4, let me remind you, appeared in 1958. 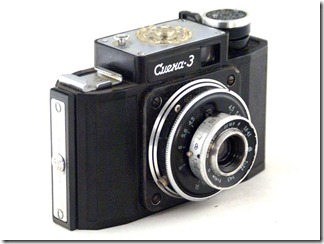 Simultaneously with Smena-4, the Smena-3 model was prepared, which was a slightly simplified version of the 4th. Specifically, the difference was in the absence of self-timer and synchrocontact in Smena-3.

Photo from fotocataloque.ru
For some time, the presence of both junior and senior models in the lineup became mandatory for Smena.

In general, the device was planned to be good, but, alas, the designers made a mistake and the lever mechanism was not reliable enough. Buyers brought the new cameras to the service en masse.

For some reason, the designers failed to seriously improve the reliability of the mechanism, and the Smena-3 and Smena-4 models were discontinued in 1960, just 2 years after launch. After that, the production of the Smena-1 and Smena-2 models was again increased. 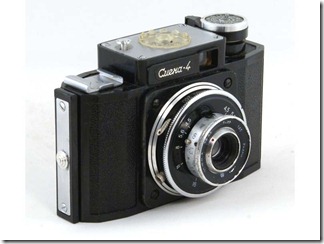 The Smena-4 lineup cannot boast of a great visual variety. Variants with a font in the name of smaller and larger ones differ. There are also differences in the site on which the name was applied. On my copy, the site is flat. And the options are when the platform is raised. As in this photo from fotocataloque.ru.
This is the story, and we are moving on to review my copy. The machine is in good condition and is numbered 234135. 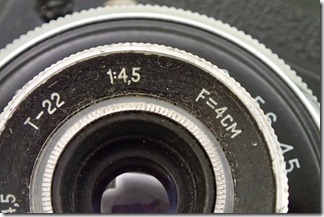 The device is equipped with a self-timer and a wired sync contact.
Smena-4 did not involve rewinding the film, 2 cassettes were loaded into it at once. Serving and receiving. 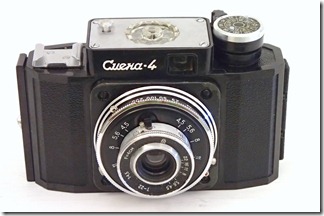 The body of Smena-4 is bakelite, of a rather complex shape. The surface of the case is well textured. The device is lightweight and comfortable to hold.

The front of the body houses the lens and the shutter controls at the base of the lens. We’ll talk about this node later.
On the body itself there is still only the front viewfinder peephole. 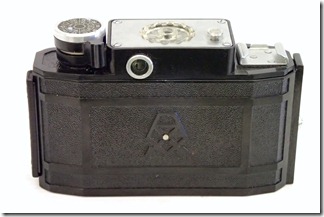 There is only the viewfinder eyepiece at the back.
The Smena viewfinder, I would call it normal for those years. It produces a small but bright image with noticeable distortion. 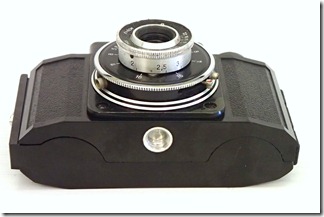 On the bottom of the device there is only a tripod socket for the old 3/8 “standard. The socket is located along the axis of the lens. 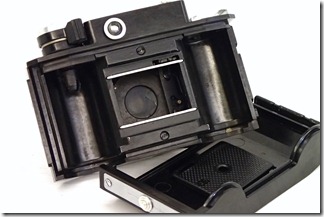 The back cover lock is located on the right side. But be careful, the lid is not hinged, but removable. Do not drop the unit when trying to flip open the cover. 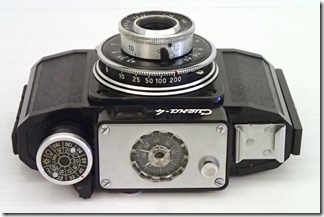 At the top of the Smena, from left to right, there are:

The lever is short and moving it with the left hand is unusual, but tolerable. Moving the frame with a lever is really more convenient than just using the head.

The shutter is cocked in a separate movement using the lever on the right at the base of the lens. 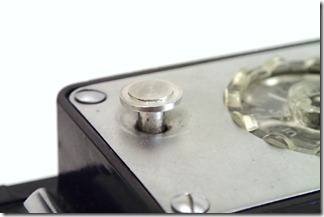 The shutter button is relatively tight and has a short stroke. Shooting with a button is certainly more convenient than shooting with a trigger.
Moving on to the surroundings of the lens. 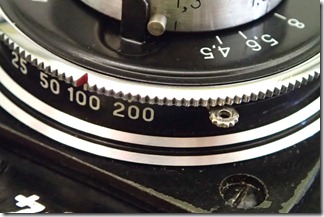 To cock the shutter, you need to lower the winding lever (pictured on the right) down until it stops. The lever will lock in this position. 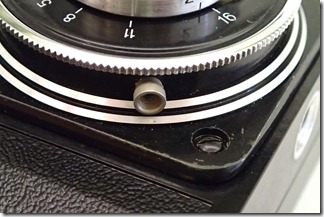 You can also release the shutter using the release cable. The socket for screwing it in is located slightly below the cocking lever. 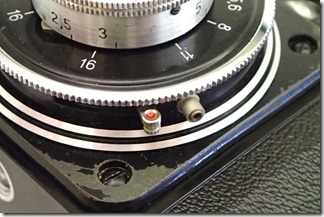 At the bottom left of the lens base is the cylindrical socket for the wired sync terminal and the self-timer lever. Using the self-timer on Smena-4 is as follows: 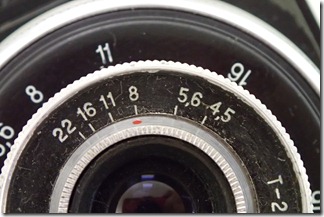 The aperture control ring is located on the front section of the lens. 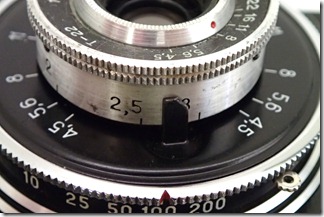 To focus, you need to rotate the entire lens by the knurl in the front. The full stroke of the helicoid is almost 360 degrees. In the upper part of the lens there is a stopper tab, against which the stopper pin abuts when the lens rotates. If the pin is removed, the lens will simply unscrew.
The closest focusing limit is 1.3 meters.

A depth-of-field scale is marked around the lens.

My attitude to the camera:

Smena-4 is a device that has everything a beginner photographer needs. Actually, until the very end of the USSR, the scale Smena did not receive anything that would make them uniquely more perfect than this apparatus from the 50s.
It is a pity that the lever mechanism pumped up and the device was folded.

That’s all for me. Good luck!